SAA authors read from their published work, in a variety of genres, and answer audience questions in this live interactive series. Recorded and produced by Sandwich Community Television.
November 13th
November 6th

Donald Sidney-Fryer I was born (1934), raised, and educated in New Bedford, from which I entered the U.S. Marine Corps. After boot camp at Parris Island, I was stationed at Opalocka (Miami),and then at El Toro, California. After an honorable discharge I moved to Santa Monica, and attended UCLA for four years and two summer sessions on the GI Bill. I also worked part and full time at regular jobs.  I moved to Northern California in 1965, living mostly in San Francisco until 1975. I began writing essays and poetry at age of 27. My first book appeared in 1971, after editing other authors' books. I have since had not quite 3 dozen titles published.
I have largely worked with small publishers, first Arkham House, and then Hippocampus Press. This gave me tremendous freedom to become the author and poet I wanted to become. For me personally, the American dream fulfilled! I have had 6 volumes of poetry issued under my name, all old-fashioned and aesthetic, even if somewhat of the science fiction or science fantasy ilk. Although inspired by the California Romantics (1890-1930), it was not until I experienced The Faerie Queen by Edmund Spenser that I felt encouraged to develop into a poet. Apart from these, my main influences derived from French language and literature.
I understand there are several  websites devoted to me on the Internet. Assembled by friends and admirers these have data concerning me and my books. I can't improve on them.
October 30th

​Donna Rockwell is the owner of Do Well Studio in Sandwich, MA. In addition to writing and illustrating, Donna is a creator of graphic design, web design and product design, in a variety of industries. Donna is also an art instructor teaching in the areas of drawing, painting and printmaking for adults and children. Donna received her BFA from the Rhode Island School of Design in Illustration and has taught for the Sandwich Arts Alliance, the School of the Museum of Fine Arts in Boston and CapeCodCAN. Seeing Stars is her first children&#39;s book and was inspired by the 2017 Sandwich Arts Alliance Starfish Trail.​
October 23rd
October 16th

​Catherine Kelly-Mahon author, was born, raised, and educated in Boston, Massachusetts. As the daughter of Irish immigrants, she is proud of her heritage, and maintains an interest in all things Irish. Catherine resides on Cape Cod, where she welcomes visits from leprechauns of any heritage, and from all ‘believers’ in the power of love
and imagination. Lost Leprechaun, Cape Cod Adventures is her second book about Seamus the leprechaun. Available by contacting her at celticconnections3@gmail.com, or cfkelly3@verizon.net
October 9th 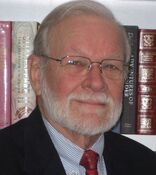 Bob Reece
Dr. Reece has made a career combining medical research and advocacy in the field of child abuse. He is the former director of the Child Protection Program at Tufts Medical Center in Boston and has held similar positions at Boston City Hospital and Rainbow Babies'; and Children's Hospital at Case Western Reserve University. He has edited major medical books
addressing child abuse and published numerous articles and book chapters on the subject. Dr. Reece garnered his considerable expertise and experience on the subject of abusive head trauma, sometimes called "Shaken Baby Syndrome", in writing To Tell the Truth, which describes the fictional case of a young babysitter charged with the second-degree murder of a seven-month-old infant in her care.​
October 2nd 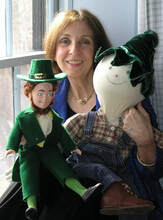 Jana Dillon is the author and/or illustrator of eight children’s books published by Pelican; Houghton Mifflin Harcourt; Farrar, Straus & Giroux; and Troll. Jeb Scarecrow’s Pumpkin Patch was a Book of the Year Finalist from the Association of Independent Booksellers and Best Book of the Year Finalist from Nick Jr. magazine.  Lucky O’Leprechaun Comes to America won a Books Mean Business award from the Children’s Book Council, as did Little Thumb, illustrated by Jana Dillon and written by Wanda Dionne. Jana is an experience presenter who has visited schools from Florida to New Hampshire, including Cape Cod, firing up enthusiasm for writing and reading while explaining how authors work and get published. Her web site is www.JanaDillon.com.