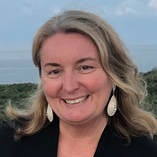 Karen Goershel
​
Karen began writing stories at a young age, in her native Scotland, some of which became, “wee acts,” that Karen and her cousins would perform during family parties. Those stories grew into a daily habit of keeping a journal, the basis for Miss McGarr’s Diary, online at www.karenmcgarr.com. Several of Karen’s plays have been performed as staged readings at Cotuit Center for the Arts, Cape Cod Museum of Art, Cape Cod Community College and various venues in Sandwich. Karen’s first book, Tales from a Wee Scottish Village, will be ready for publication in 2019. 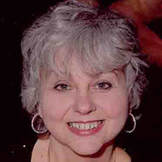 Carolyn Lecomte
​
Carolyn LeComte has been an artist ever since she could hold a crayon.  She majored in fine arts, and minored in English at Douglass College (of Rutgers University) and graduated with a B.A.

She enjoys dedicating her time to the “two sides of her creative coin” as she writes fiction and creates visual art with equal fervor. Carolyn has written and illustrated a children’s book entitled Never Invite a Seagull to Lunch, and had the privilege of collaborating with her grandchildren in this effort. She has also written two novels and a collection of short works.

She is currently busy illustrating a series of books for a fellow writer, and working on her next novel, Broken Dolls, as well as indulging her passion for scratchboard art. She has a website – carolynlecomteartistandwriter.weebly.com.
​
Carolyn lives in East Sandwich with her husband and regards the Cape as a major source of her inspiration. Always. 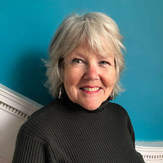 Christie Lowrance
​
Christie Lowrance is the author of Nature's Ambassador: The Legacy of Thornton W. Burgess (Schiffer, 2013). Her articles have appeared in numerous publications including the Boston Globe, Cape Cod Times, Cape Cod Life and Bird Observer. She has taught writing at UMass Dartmouth, Cape Cod Community College, and the Cape Cod Writer's Conference, and has lived in Sandwich for 40 years. [At present she is working on a biography of nautical archaeologist Dr. George Bass.] 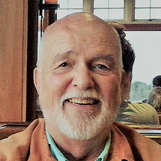 ​My writing began with Competitive Proposals for Fund Raising and Consultant Awards on Competitive Basis. I was not a reader growing up; rather, a student of my surroundings with Friends and Circumstances. Writing to me has been an evolution based on my health and love of the land. I have self-published my two books with a Sandwich publisher. Reflections from The Cape Cod Canal is a late blooming effort of Photography and writing to the pictures. For 2 years I have been researching a story about 6 Marines, 4 killed and 2 survived. Due to a focus on the Youngest Marine killed, my story will be modified based on my interpretation of his Tribal Beliefs.